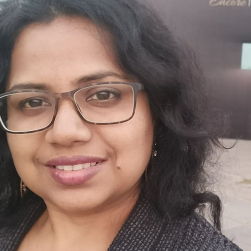 Understanding and Acting Upon App Uninstalls

In the last quarter of 2018, an article on Forbes read out some forecasts about mobile apps usage in India. One statement read as such: App Annie forecasts that by 2022, India will have 37.2 billion downloads a year, a growth rate of 207% — which makes it by far the fastest growing app market in the world.

However, no matter how rosy and prospective the app market looks from the exterior, with more than 2 million apps available for download, the competition is nothing short of cut throat. Uninstalling an app can take less than a minute, but the reasons behind it could be various and varying.

Most promising apps generate a lot of installs upon launch or later, but many users also uninstall the app, sometimes on the day of installing (Day0) or later. While some reasons for uninstalls could be as generic as app taking long time to load, or draining battery etc., there could be some other reasons where users –

Such reasons, when tracked, form an opportunity segment for product managers to do course corrections.

Using a combination of Apxor’s Activation Funnels, User Paths and Behaviour Correlation Framework, an in depth analysis of the reasons for uninstalls can be visualized for groups of uninstalled users.

Now that you have data from various viewpoints about your app’s uninstalls, what can be done to decrease your uninstall rate?

It is very critical for any app to find its Uninstall Threshold and make Product changes in-line with the threshold to ensure and enable new users to take the action required to activate them.

GrabOn is India’s leading coupon provider. In order to understand what was not working for their new users and find the users who could be retained among them, GrabOn placed tracking Day0 uninstalls at high priority.

Using Apxor’s Behaviour Correlation framework, GrabOn found its Uninstall Threshold. After this insight, GrabOn introduced their Coupon Finder feature. Now they were able to reduce their D0 uninstall rate by 9.7%.

2. Understand and Grab the Opportunity Segment Before They Uninstall:

Users who fall in the bucket of opportunity segment, following a path/paths of events which have led to retentions earlier, are those who can be stopped from uninstalling. You can deviate users from the paths that lead to uninstalls with in-app messaging. Launching a survey in this context can help understand what can be done to retain user..

If a user has uninstalled once, it is highly unlikely that he/she will install your app again. However, the granular level of data in Apxor helps product managers and marketers gain the necessary insights by analysing user behaviours. Depending on the insight gained, personalized messages can be created addressing their particular concerns. For example, your message could state that you are updating your app to remove the glitches the user had faced earlier.

At a higher level, Product managers need to ensure that the product experience is great so that users will stick on to the app for a longer period.

2021 started with a bang for Apxor, as we had renowned business, product and strategy expert Ankur Warikoo with us for our first open discussion of the year. Ankur shared his expertise and experiences around the topic - “Product Strategies for Building a Successful Consumer Internet Company”.