Are You Doing These 6 Things To Improve Your App's Retention Rate? 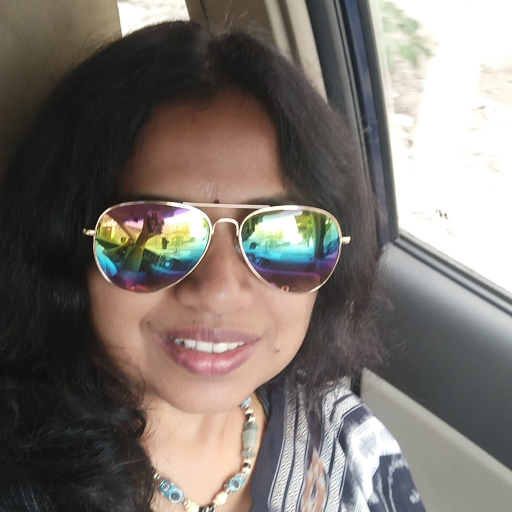 Mobile app companies across the globe are in the middle of a mobile engagement crisis. While new user acquisition and the number of downloads give you an initial high, what matters in the long term is your apps user retention i.e how many users are sticking around. Like any other relationship, the one between the app and the user also boils down to how happy the users really are. Let’s learn more about retention and a few tried and tested methods to improve your app’s retention rate.

Why you need to focus on retention rate

New acquisitions i.e. app installations are your prime concern when you are starting out and have just launched your app. However, as soon as you have a sizeable number of users, you need to also focus on retaining those users. Over time, as users increase, you will need to significantly shift your focus from new acquisitions to user retention.

User retention is not a new concept and has been a proven strategy for long term growth of any company. Across the industry, we have several statistics that point to the cost-benefit of retaining existing users instead of chasing new users.

This factor is further explained in our article ‘Breaking down the recipe of Samosa’s success‘.

According to a report by Lee Resource Inc., convincing new customers would cost your company 5 times more than keeping an existing one. The well-known Pareto Principle (80/20 rule) holds true even for mobile apps -whereby 80% of your future revenues will come from the vital few i.e 20% of your existing users. Existing and happy users are more responsive to your marketing messages and are likely to recommend more users. Increasing User Retention by 1% can translate to revenue improvements of 5-10%. To put it simply, retention marketing or re-marketing costs less and gives a higher ROI since you have a higher chance of selling to an existing customer.

There are several ways to measure retention, like range retention, rolling retention, bracket retention etc. The most accepted method is to find the percentage of users who return to the app within X days of their first use/installation.

Cab-hailing apps and grocery ordering apps have a very high usage quotient. If they are designed well, they have the potential to clock a high user retention rate. While Communication and News apps register the highest retention rate and frequency of use, apps that provide personalisation products like screensavers and themes may have very little chance of retaining users because once a theme is downloaded, the user may not change for a long time. Health and medical apps also are used less frequently and may see users churning once their goals have been met.
In every vertical today, there is a challenge of oversupply. With the increasing number of apps available and the decreasing amount of attention spans and time, user retention rates are quite low and are steadily dropping.

Clearly, the need to improve customer retention cannot be emphasised enough. Let’s take a look at some proven strategies to make your users stay.

Ideally, user retention strategies should be put to practice even before you have acquired a good number of users. This can save you a lot of rework and resources in terms of money and time, later on.

The most basic yet the most important aspect in mobile apps is to create an app that really serves your user. All your other strategies would only take you so far if your product does not appeal to your users. Understanding what the user wants and delivering that should therefore be your first mantra.

Understand the demographics of your users and also understand which channels are working well for your users. Putting more effort into acquiring users from such channels will ensure you higher returns.

For instance, when a popular entertainment app started its journey, the team assumed that its user persona was college students from cities. However, once they started using Apxor as their analytics tool, they got an entirely different revelation. The app’s most retained user persona was not city college students, but people from 2nd tier and 3rd tier towns and also pink-collar workers from cities. Gaining this insight accelerated the app’s growth.

The app now focused on 1) acquiring users from these newly identified channels; 2) retaining this segment of users by introducing features which appealed to them.

To be retained, an app should be worth the user’s time and memory space. A complicated user interface, too many memory-consuming software updates, irrelevant app notifications, reward points or coupons that are complicated to redeem, are some reasons that can put off your well-meaning customers. Make it simple for your users and then continue bettering their experience.

Another important factor to consider is building your user’s trust during the on-boarding experience. Do not overwhelm your users with messages seeking permissions, too many of which can lead to uninstalls. If you are seeking any information make sure that the reason for it is clearly communicated to your user. Your app’s on-boarding experience has to be as simple as possible.

The more happy your users are the more they will stick with the app. Reward your users for their loyalty. Rewards programs, loyalty points, gift vouchers are some of the many ways to keep your users happy. Show them that you value their presence in the app.

A popular example for an app which has retained users through loyalty points is the Starbucks App. The app rewards its users with loyalty points every time they purchase a coffee and they in-turn purchase more coffee to use up their loyalty points. This loyalty loop keeps the app being used again and again, retaining its users for a long time.

In-App messaging is an extremely effective way to engage with your users. According to Appbi, retention rate decreases from 21% on 1st day to 1.89% on 90th day. However this rate can be improved by 20% using the right push notification strategies which combine rich push (push notification with rich media attachment) and geo push (notifications based on location). Sending personalised messages for birthdays and anniversaries, announcing sales, sending reminders, order updates etc are some ways in which you can use in-app messaging. In-app messaging can also be used to resolve a particular issue a user is facing, or nudging users contextually towards feature discovery. All these efforts help in increasing user engagement and thereby retention.

To understand what users are doing after on-boarding is very important to forge retention. The Behaviour Correlation Framework by Apxor lets you correlate user behaviour with retention. The framework shows you  paths and app events that were followed by users who were retained. Experimenting on these paths will help you further narrow down the results and bring you closer to the path for actual retention.

Once the paths are established more accurately, you can nudge other users contextually along these paths to drive more retention.

Users like to know they are valued. They will also give feedback if they know you are listening. Both negative and positive feedback are your best bets to help you make your app better. With Apxor you can interact with your users proactively by creating surveys and various feedback channels.

Give every user interaction its due importance. Sending personal messages to users acknowledging their contribution in improving your app’s features is one way to show your users you care.

Your users are your most valuable assets. After building the right product, channel your efforts into building a strong relationship with your customers. User retention is not just a fancy marketing term. It is one of the major factors that influence your company’s growth and revenue.